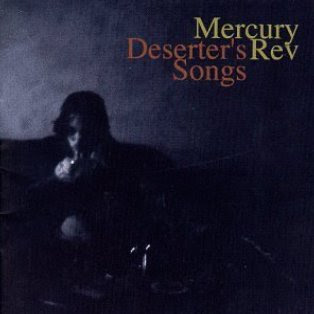 "Bands, those funny little plans
That never were quite right"
Those sentiments can also apply equally to this perpetually-late blog. My apologies to all my legions of Followers ( seven makes up a legion, right? ) but the dreaded "real" world has got in the way of this blog yet again - not to mention my spending ( slightly ) more time over at the mothership.....
So, anyway, when Deserter's Songs came out in 1998 I'd only been vaguely aware of Mercury Rev. They had been around since the late '80s and I'd heard one or two of their songs, like Carwash Hair and Very Sleepy Rivers, but had just put them in a box labelled Self-Consciously Whacky American College Radio Bands and left it at that. But then I heard the fantastic Goddess On A Hiway single with its soaring, sky-scraping chorus, Neil Young-esque vocals and general awesomeness, and realised there was more to this bunch of Catskills misfits than was first apparent..... 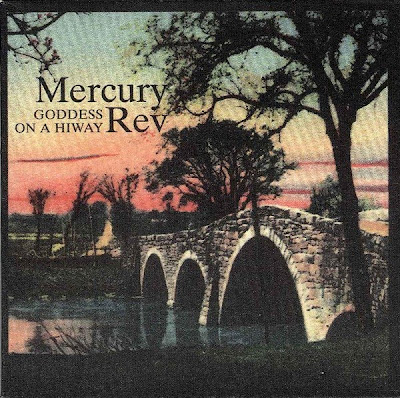 Next thing I knew, that arbiter of good taste Noel Gallagher (!) was going around saying that the Rev's Holes was his favourite song of that year, which was unusual for the mono-browed Mancunian as the song wasn't his usual brand of warmed-over Beatles/Faces dad rock, but something entirely more subtle and magical.
Holes is where Mercury Rev set out their stall for Deserter's Songs. From a quiet, low-key intro they pile on keyboards, horns, strings and the eerie sound of the bowed-saw, to build up a warm but atmospheric sound collage, which doesn't once sound overdone. Jonathan Donahue's fragile, high-register voice leads us into the strange, uncertain world of the Rev, recalling ( for me at least ) the surrealism of Grant Morrison's Doom Patrol.....
"Holes, dug by little moles
Angry, jealous spies
Got telephones for eyes
Come to you as friends"
More lush soundscapes follow in the form of such wonderful, dreamlike songs as Tonite It Shows and Endlessly, with its snatches of Silent Night weaving in and out of the melody. Backwoods neighbours Levon Helm and Garth Hudson of The Band show up to help cement Mercury Rev's membership in the lineage of what Greil Marcus called the "old, weird Americana". And for every ( almost ) traditional rock song, there is a fractured instrumental like I Collect Coins, which could almost be the soundtrack from some lost, experimental film from the 1920s. 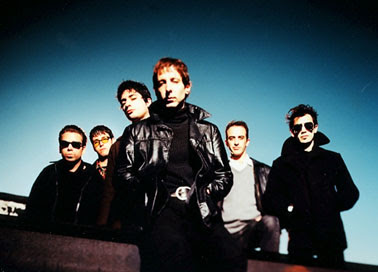 And beneath the surface textures, the elusive, allusive lyrics hint at the hard times and virtual psychosis Mercury Rev suffered through on the road to this extraordinary album:
"Catskill mansions, buried screams
I'm alive she cried but I don't know what it means"
"You had to choose a side to lose and divide yourself in two
The way you were, long before, you were a walking civil war"
Finally we reach the catharsis of Delta Sun Bottleneck Stomp, in which the Rev may be "waving goodbye ( I'm not ) sayin' hello" but they're doing it in the most exuberant, rollickin', bluesy way, in a track which almost lurches into a sun-kissed Balearic Beat vibe. With harpsichords.
Deserter's Songs ( named for some forgotten music critic's sniffy dismissal of The Band's 2nd album ) is a waking dream of Cosmic American Music from which you might not want to awaken.
Song to play air-saxophone to: The Hudson Line
( If you're interested - and why wouldn't you be if you got this far? - I mentioned the one time I saw the Rev, with the Flaming Lips, here as one of my irregular series of Favourite Gig Fridays. )
Posted by cerebus660 at 14:04