London Calling by The Clash 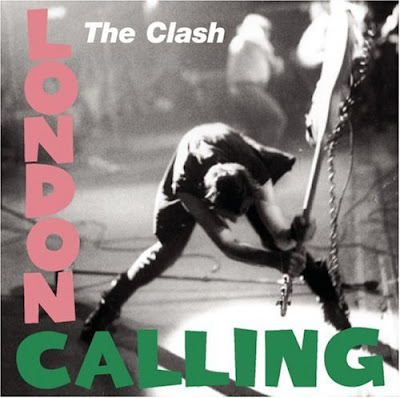 London Calling? London bloody Calling? Isn't that the most obvious, put-no-thought-into-it, predictable Clash album of all? The one that everybody lists as their favourite, usually when it's the only one they've heard? Well, yes and no.....
( Don't you just hate it when people say that? ) 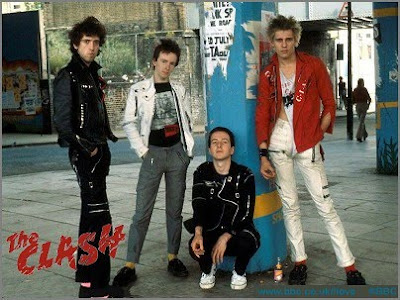 When I was compiling my 15 albums in 15 minutes list, I have to admit that London Calling was the first Clash album to pop into my head, so, by my hard and fast rules ( not very Punk! ), it had to go in.
I could have chosen debut album The Clash, for its kick-down-the-doors, sulphate-fuelled rush of energy, attitude and anthems. Or I could have chosen Combat Rock for the more sophisticated but still essential and angry Clash it presented - as well as for being home to the haunting Straight To Hell. But London Calling it had to be - mainly because it's the Clash album I play the most. But that wasn't always the case.....
When I first bought the album and got past the iconic sleeve art and the apocalyptic title track my first impression was bemusement. If these guys are punks why are they singing some old rock 'n' roll song about Cadillacs? And where's that 1-2-3-4 no-nonsense all-purpose *Punk* sound? These songs are funky and even ( whisper it... ) jazzy! About the only songs to replicate the "old" Clash sound were London Calling itself and Clampdown. It made me scratch my head for a long time, but then the penny dropped: the Clash have graduated. They've left the old Punk Rock ghetto behind and stepped out onto a bigger stage, a world stage. And they're daring you to go with them. 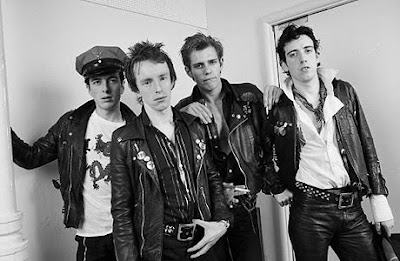 "In every dingy basement on every dingy street
Every dragging handclap over every dragging beat
They're just the beat of time, the beat that must go on
If you've been trying for years - we've already heard your song"
The Clash set their sights higher than just providing the soundtrack for another night's glue-sniffing down the 100 Club. London Calling is a huge ( 4 sides of vinyl back in the day ), sprawling, technicolor explosion of styles, influences and new directions. After tentative stabs at reggae on previous tracks the band now step up their game and hit us with ska, soul, lover's rock, dub, Phil Spector-esque epics, splashes of jazz and funk and even disco, that enemy of all narrow-minded rockers. But all these styles are filtered through the band's unique sensibilty - you know it's still The Clash, but a fearless, forward-thinking Clash. The songs are populated by punks, lovers, dealers, hustlers, movie stars, suits and gangsters. And what songs! They burst at the seams with tunes, hooks, melodies and lyrics of both the thought-provoking and grin-inducing kind. Every band member is at the top of their game, with a special mention for Topper Headon, freed from Punk restrictions to show us what a supremely talented and funky drummer he is. It all ends with the classic hit single The Clash never had, Mick Jones' wonderful Train In Vain. ( Just don't mention the godawful Annie Lennox cover version! )
So, yeah..... London Calling, the predictable choice. The right choice.
Soundtrack to the dawn of the 80's: Revolution Rock
Posted by cerebus660 at 10:41