Born To Run by Bruce Springsteen 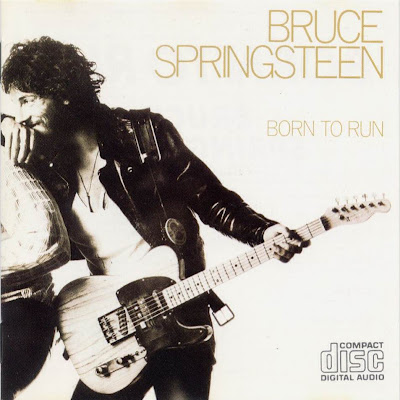 "The album became a monster. It wanted everything. It just ate up everyone's life."

That's Bruce Springsteen talking about Born To Run, the album that made his name, that saved his career, that became a classic. It also drove him to the brink of despair and broke up his band. Phew! Rock 'n' roll, eh? 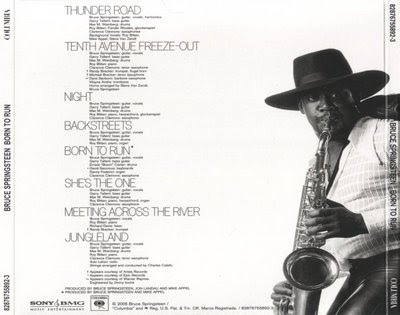 After the relative failure of his first two albums and the impossible pressure of living up to Jon Landau's "future of rock 'n' roll" tag, Springsteen knew his third album was make or break time. He knew that he had to simplify his overly-wordy songwriting and his jazzy/funky/folky music; he had to reduce it all down and find the essence of rock 'n' roll, the total of all his early influences - Elvis/Roy Orbison/Gary "U.S." Bonds, British Invasion bands, Phil Spector - while mostly ditching the folk/Dylan influence of the early 70's.

Over a tortuous year of recording Springsteen marshalled his band and hammered away at his songs, rewriting, refining, recording take after take, all in his quest for perfection. Original E Street Band members David Sancious and "Boom" Carter bailed, the record company got jittery, the studio's piano would frequently go out of tune, one master tape was recorded so badly that Bruce threw it out of his hotel room into a river. And so it went on. 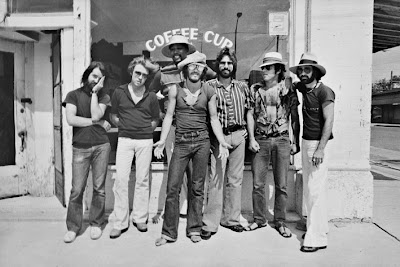 Mean Streets with guitars, West Side Story with a pulsating rock 'n' roll soundtrack, Born To Run is a wild, midnight ride into the dark side of the American Dream, where street punks and beautiful girls drink warm beer in the soft summer rain, hold each other tightly in the darkness and plan their escape. They don't know what they're escaping to, but anything's gotta be better than this "rat trap", right?

Springsteen has remarked that his first two albums had a real sense of place, whereas Born To Run "is about being nowhere at all." Images of escaping and finding yourself abound:

We've gotta get out while we're young
'Cos tramps like us, baby we were born to run

It's all romantic as hell, as well as terminally naive. This was the last chance for such hoary old rock 'n' roll notions; Springsteen had grown up on rock 'n' roll and was able to reinvigorate its familiar themes, but after him the road led to the overblown pastiche of Meatloaf, which was fun but empty. But here, on the mean streets of Anytown, USA, we're plunged into Springsteen's rock opera mix of R 'n' B , Duane Eddy guitar, deep canyons of reverb, plaintive sax and rippling piano, all giving the music an authority and an atmosphere that's built to last, chrome wheeled and fuel injected. 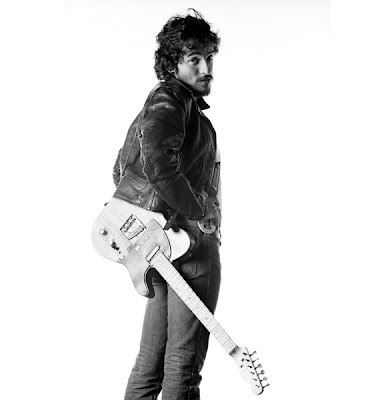 It's hard to single out individual songs for praise: the album is so well-structured that you don't want to pick it apart for fear the whole edifice might crumble. From the beautiful piano 'n' harmonica intro of Thunder Road, through the good-time sway of Tenth Avenue Freeze Out, the tension/release of Backstreets, the low-key trumpet-and-tenement-tale of Meeting Across The River, and on to Bruce's final, wordless cries on the awesome Jungleland, the album is a masterclass in classic rock moves or, in Greil Marcus' words "a '57 Chevy running on melted-down Crystals records."

On a personal note, when I first bought Born To Run, on second-hand vinyl for a couple of quid, I was going through quite a tough time. I'd been off work for months with the double-whammy of a back injury and redundancy, and was feeling pretty low. As those who really love music will understand, there's little more therapeutic than some good, old-fashioned rock 'n' roll, and Born To Run was good medicine. Cheers, Bruce!