Exodus by Bob Marley and The Wailers 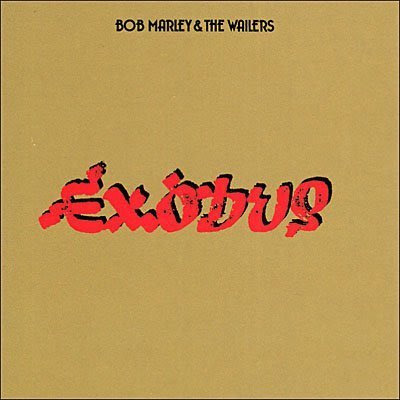 Exodus is the first album from my 15 Albums list that nearly didn't make the blog. Not because it's not good enough ( far from it! ) but because I was torn between Exodus and Uprising, the first Bob Marley album I ever owned. Uprising has that iconic cover, a very sharp, bright sound and such wonderful songs as Could You Be Loved?, Redemption Song and Coming In From The Cold. BUT Exodus was the first Marley album to pop into my head when compiling the list and, thanks to my hard and fast rules, had to be the one. 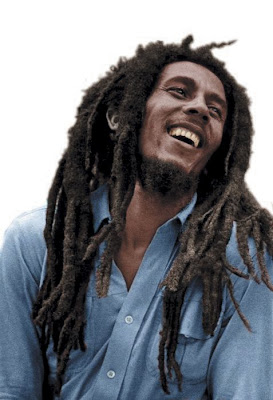 Exodus was mostly recorded in England in 1977, when Marley was hiding out in London after a failed assassination attempt on him and his family. Bob was far more than just a reggae star in Jamaica; he was also an important, if controversial, political figure, who was seen to represent the ghettos and the rastas - and so had made himself a target. Unknown gunmen ( possibly opponents of Jamaican Prime Minister Michael Manley ) attacked Marley's home, wounding Rita Marley, manager Don Taylor and Marley himself. Amazingly, after all this chaos and upheaval Marley still produced, in a harsh environment thousands of miles from home, a true masterpiece of Jamaican music, Exodus.
The album alternates between the religious, Rastafarian themes in songs like the title track, Natural Mystic and The Heathen, and the more Lovers' Rock-orientated songs such as Waiting In Vain and Turn Your Lights Down Low. Not as angry and militant an album as Natty Dread, for example, but still righteous, Exodus is a classic of roots reggae, with Marley searching for meaning and finding it in love, friendship and Jah.
"Open your eyes and look within
Are you satisfied with the life you're living?" 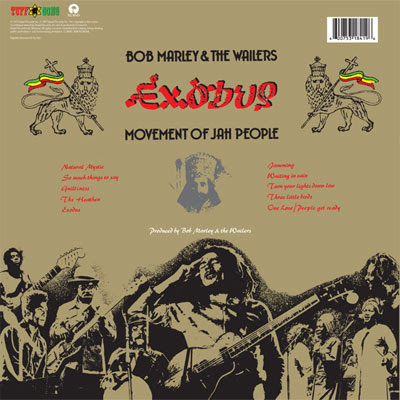 The singles from this album took Bob's career to the next level and became some of his most popular songs, with the poppier tracks like Jamming and Three Little Birds being inescapable in the summer of 1977. The Wailers were on top form throughout, locking into some serious, laid-back grooves and generating much positive vibes, especially on the anthemic One Love / People Get Ready and the beautifully summery Three Little Birds. With sublime vocals from the I Threes and the "Tuff Gong" himself, the album is pure class.
Exodus itself is the killer track, an epic of Rastafarian empowerment in which Marley casts himself as a Black Moses
( shades of Isaac Hayes! ) leading his people out of oppression in "Babylon" and delivering them to "Zion" and Utopia:
"We know where we're going
We know where we're from
We're leaving Babylon
Heading to our fathers' land"
Time magazine even named Exodus the Best Album Of The Century, something which is obviously debatable, but it's easily up there with the greats of 20th century music. Even though it's hard to believe that Bob Marley will have been gone for thirty years this May, his legacy lives on.
Song with probably the best bass guitar riff in history: Exodus
Posted by cerebus660 at 13:19