Searching For The Young Soul Rebels by Dexy's Midnight Runners 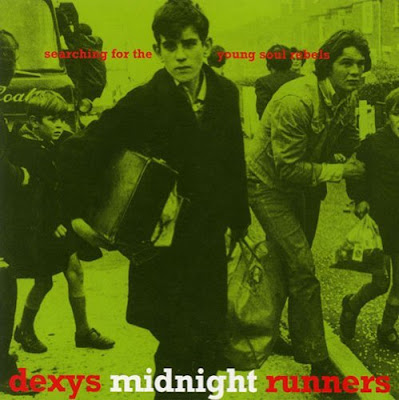 "Geno! Geno! Geno!"
For many of us in 1980 this was our introduction to the crazy world of Kevin Rowland and Dexy's Midnight Runners - a stabbing horn riff, a chanted name, and a leap into a new world of turbo-charged, Punk-inflected Northern Soul.
Amazingly, this tribute to ancient Soul man Geno Washington was a UK Number One hit and became an anthem for a new generation of soul boys ( and girls ).
Dexy's were basically doing a "2-Tone" - that is, injecting Punk energy and attitude into Soul music in the same way the Specials, The Beat and The Selecter had given ska a kick up the arse. Coupled with Rowland's distinctive voice, soulful and angry in equal measure, and his uncompromising, arrogant personality, Dexy's were a blast of Soul excitement at the dawn of the depressing Thatcher decade. 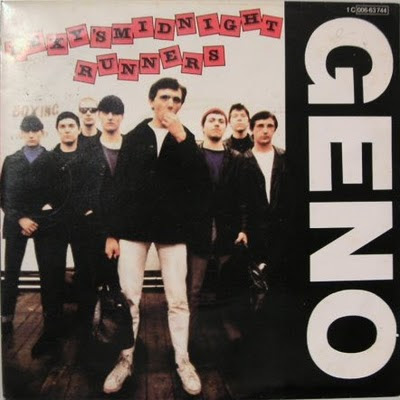 Searching For The Young Soul Rebels starts with the sound of a radio being tuned: first static, then snatches of Smoke On The Water, Holidays In The Sun, orchestral music, and Rat Race, before Kevin calls out to his bandmates "For God's sake, burn it down!" No sacred cows are safe here! Birmingham-born but of Irish ancestry, Kevin here defends his heritage from "thick Paddy" stereotypes by listing Emerald Isle luminaries ( Brendan Behan, Oscar Wilde, George Bernard Shaw etc. ) before concluding with "Shut your mouth 'til you know the truth!", the exuberant music blasting out behind him. The Dexy's brand of Soul comes complete with a fierce, questioning spirit, as well as an earthy, working-class passion.
"How can a small town big shot boy get enough to eat?"
The pace occasionally slows down for slow-burning, intense songs like I'm Just Looking and I Couldn't Help If I Tried, where Kevin's voice and the horn section compete to create the most melancholy, wounded sound. And what a voice it is! From a deep baritone to a hiccupping, chirping take on Chairmen Of The Board's General Norman Johnson, Kevin Rowland's astonishing vocal performance on this album is a tour de force which he never quite matched again.
( And let's not forget that the original Dexy's were a band, very tight and powerful, not just a frontman and some hired hands. That came later when Kevin fell out with just about everybody else, but crucially with co-founder Kevin "Al" Archer who moved on after personality clashes..... ) 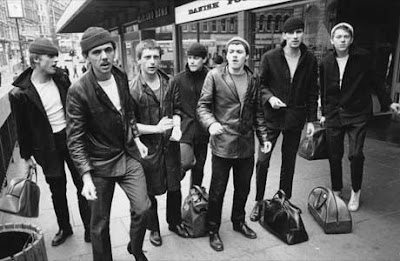 The Dexy's ensemble show off the range of their music as the album concludes with the mutant-Stax sounds of Keep It, the jazzy spoken-word lament Love Part One, and the full-on Soul power of There, There, My Dear - Kevin lambasting phonies and trendies:
"You're so anti-fashion so wear flares
Instead of dressing down all the time"
..... before reaching the conclusion that
"Maybe we should welcome a new soul vision"
Maybe? Definitely!
Song to dance to in a "sweaty club": Geno
Posted by cerebus660 at 11:27